Missionaries of Mercy: Evangelicals and Catholics for Justice

“Writing theology is like writing a love letter,” said Gustavo Gutiérrez, the author of A Theology of Liberation, on Wednesday May 6th at Fordham University in New York City. As we passionately write love letters to our beloved, so we should write theology passionately about our God. Merciful love is the heart of the Gospel and is expressed in the way that we care for our neighbor, especially the poor.

“A poor church for the poor,” is the manifesto of Pope Francis, who has tapped into the prophetic fire of Liberation Theology to revitalize the Catholic Church. Pope Francis has invited Father Gutiérrez to speak on Tuesday May 12th in Rome at the Caritas Internationalis Assembly, a gathering to discuss Catholic relief and development work. The Catholic Church is claiming its prophetic vocation, a transformation that has been inspired by a faith-rooted, grass-roots theology of liberation in the Americas.

Growing up in poverty in Peru, Father Gutiérrez heard the cry of his people and knew he must respond like God, with compassion and love. Climbing Mount Horeb, Moses found the burning bush out of which God declared his compassion, saying, “I have indeed seen the misery of my people in Egypt. I have heard them crying out because of their slave drivers, and I am concerned about their suffering” (Exodus 3:7). God heard the cry of captive Israel and promised their liberation. God’s liberation of Israel from Egypt was heard as Good News by the poor in Latin America and by African American slaves in the United States.

“The God of Exodus is the God of history and of political liberation more than he is the God of nature,” writes Gutiérrez in A Theology of Liberation. Throughout Scripture, we see God’s merciful love for the poor and oppressed demonstrated through Spirit-led eruptions of freedom in the travail of history. God loves all people and longs to see them flourish. When Israel disobeys the ten commandments, God raised up prophets to call them back to communion with God. The prophet Micah sums up the prophetic imperative: “What does the Lord require of you, O mortal? But to do justice, love mercy and walk humbly with our God” (Micah 6:8).  In a Hebrew chiasm is a literary device used by poets that unveils the main idea in the middle. Tucked between justice and humility, merciful love is at the heart of Micah’s message and is at the heart of Jesus’ teaching of Kingdom of God.

Mercy reveals a deep mystery of the Triune God. Walter Kasper, Pope Francis’ favorite theologian, writes in his new book Mercy: “Mercy expresses God’s essence, which graciously attends to and devotes itself to the world and to humanity in ever new ways in history. In short, mercy expresses God’s own goodness and love. It is God’s caritas operativa et effectiva. Therefore, we must describe mercy as the fundamental attribute of God.” As God’s love in action, mercy embodies God’s compassion for all creatures.

How are we as evangelicals doing in our ministries of love and justice? As I argued in Jesus and Justice: Evangelicals, Race and American Politics there has always been a vibrant stream of prophetic evangelicalism in the United States, grounded in the faith-rooted struggle to abolish slavery. Evangelical theologian Ron Sider writes in “An Evangelical Theology of Liberation”:

“Wesley, Wilberforce and Charles Finney’s evangelical abolitionists stood solidly in the biblical tradition in their search for justice for the poor and oppressed of their time. But 20th century evangelicals have not, by and large, followed their example.”

Why is it that our evangelical forbearers fought so courageously to abolish slavery? Jonathan Blanchard, the founding President of Wheaton College (my alma mater), represented the Ohio State Anti-Slavery Society as a delegate to the 1843 World Anti-Slavery Convention in London, England. Charles Finney, the President of Oberlin Seminary, used to sign people up for the abolition movement during the altar call when he was inviting people to come to Jesus. Since Jesus proclaimed a message of “liberating captives” (Luke 4:18) these evangelical abolitionists sought to continue Jesus’ ministry through liberating slaves. Prophetic evangelicals of the 19th century understood that evangelism must walk hand in hand in with justice.

Without “skin in the game” in the struggle for racial justice, white evangelical attempts to convert people to Christ ring hollow.

In the early twentieth century, evangelicalism experienced what David Moberg calls “The Great Reversal,” retreating from its commitment to social justice into a fundamentalist cultural isolationism. During this period there was also a transformation in evangelical eschatology. Post-millennial theologians like Blanchard and Finney thought their activism was helping to usher in the Kingdom of God on earth, while early twentieth century fundamentalist embraced a pre-millennial dispensational theology that taught a “rapture” from the earth, which was going to burn as part of God’s redemptive plan.

After World War II, a group of neo-evangelical leaders like Billy Graham, Carl Henry, Harold Ockenga, and E.J. Carnell began to forge a more irenic evangelical vision of transformation, institutionalized at Christianity Today, Fuller Theological Seminary, Gordon-Conwell Theological Seminary, and Park Street Church in Boston. While arguing for a more socially engaged evangelicalism, their theology leaned toward the “Old Princeton” theological vision of B.B. Warfield and Charles Hodge. Caring for the poor, racial reconciliation, and economic justice were not the top priority for post-war neo-evangelical leaders.

Ron Sider’s Rich Christians in an Age of Hunger  was a wake up call to evangelicals to end their consumptive spending habits and commit themselves to caring for the poor. Sider was the first white modern evangelical to develop an evangelical theology of liberation from the subject position of the poor. Concerned about the dichotomy between evangelism and social concern, Sider sought to forge a prophetic evangelical vision that shared God’s love with all people and cared for the community of creation.

On November 23, 1973 in a YMCA Hotel on South Wabash in Chicago, Sider gathered evangelical leaders across the spectrum for the Thanksgiving Workshop on Evangelical Social Concern. Neo-evangelical leaders like Carl F.H. Henry, Vernon Grounds, and Frank Gaebelein gathered with prophetic evangelicals like Donald W. Dayton, Sharon Gallagher, Wes Granberg, William Pannell, John Perkins, Eunice Schatz, and Jim Wallis, who had launched The Post-American magazine which would become Sojourners at Trinity Evangelical Divinity School in 1971. Theologians from the Peace-church traditions who attended included Dale Brown, Samuel Escobar, and John Howard Yoder, whose book The Politics of Jesus was a manifesto for the prophetic evangelical movement.  The spirit of revolution was in the air in the 1960s and 1970s with the civil rights movement, the women’s movement, the peace movement, and the environmental movement inciting social upheaval in the US. In November 1973 the Watergate Scandal was being discussed every night by Walter Cronkite on CBS Evening News. Amidst the travail and turmoil, conservative and progressive evangelicals crossed their boundaries to seek common ground and co-authored The Chicago Declaration for Evangelical Social Concern which expressed a strong evangelical commitment to racial, economic, gender and environmental justice.

Gutiérrez writes, “A spirituality of liberation will center on a conversion to the neighbor, the oppressed person, the exploited social class, the despised ethnic group, the dominated country…Our conversion to the Lord implies this conversion to the neighbor. To be converted is to commit oneself lucidly, realistically, and concretely to the process of the liberation of the poor and oppressed…To be converted is to know and experience the fact that, contrary to the laws of physics, we can stand straight, according to the gospel, only when our center of gravity is outside ourselves.”

In this passage, Gutiérrez is deepening our understanding of conversion. While we as evangelicals often think of conversion as an individual experience of accepting Jesus as our Lord and Savior through an act of faith, Gutiérrez challenges us to see conversion as a process that transforms all dimensions of our life, including how we treat our neighbors. A spirituality of liberation, calls me as a white evangelical man to be converted to “the process of the liberation of the poor and oppressed.” In the United States, this means whites, like I, need to have the compassion, courage and humility to be converted to our neighbors, our black and brown sisters and brothers. The experiences of blacks and whites in America are vastly different. Given the legacy of slavery and segregation in America, a disproportionate amount of African Americans become trapped the violent system of poverty, and as whites we need to do our part to help them out.

There are signs of hope. Catholics and evangelicals are joining together in the fight to end poverty and racial injustice through Christian Churches Together in the USA (CCT). A creative faith-rooted organizing, Ron Sider played an important role in the establishment of CCT in 2001, the largest ecumenical fellowship in the US, that includes Evangelical, Orthodox, Roman Catholic, Pentecostals, historic Protestant, and African American churches. In 2014, CCT resolved to “encourage Christian communions, denominations, and organizations to promote realistic and ambitious goals for ending poverty in our country and worldwide – perhaps joining the world community in working to end extreme poverty and hunger by 2030 and helping to make hunger and poverty a priority for the U.S. government by 2017.” The poor are crying out and churches are responding in seeking new collaborative ways to address the scandal of widespread poverty in the United States and around the world.

In the spirit of Micah and Mary, Jeremiah and Jesus, Gutiérrez and Sider, let’s pray that God’s Spirit will empower evangelicals and Catholics to be Missionaries of Mercy to all God’s children in the community of creation. 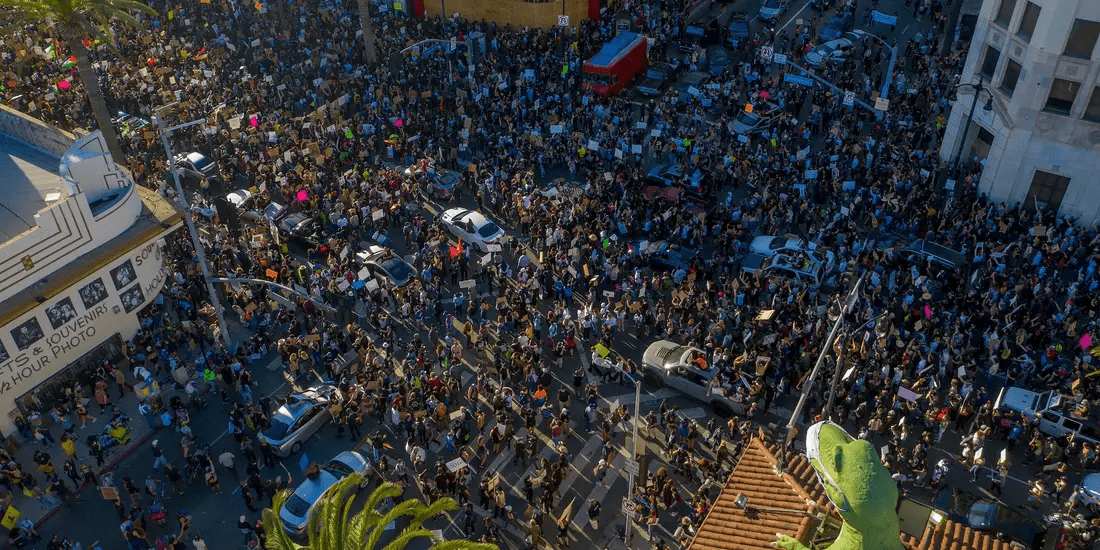 No spam, notifications only about new products, updates.
PrevPreviousWhy forgiveness is the most exciting word you know. (Seriously!)
NextCreate an Open Space to Experience Life TogetherNext
On Key