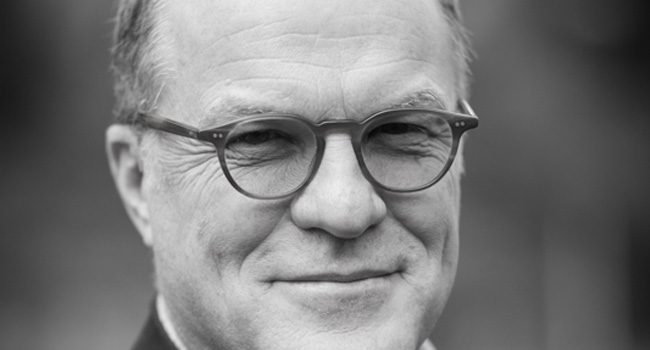 Dr. Wynand de Kock is married to Marianne and has two daughters, Carmen and Zoé. He was appointed as Principal of Tabor Victoria at the beginning of 2007.  Originally from South Africa, he immigrated to Australia in 2004 to take up the position of Vice Principal at Tabor College Victoria.  He is Professor of Practical Theology, Palmer Theological Seminary of Eastern University, Executive Officer, Committee for Advancing Christian Higher Education in Australia (CACHE), and Global Associate, Office of Innovation and New Ventures, Eastern University. In his 2014 book, Out of My Mind: Following the Trajectory of God’s Regenerative Story, Dr. de Koch explores the impact of God’s story in times of uncertainty and doubt.

KW: Can you briefly tell some of your personal story that led to this book?

WdK: As a South African, I grew up under Apartheid in a very religious, Christian environment whose theology was designed to legitimate the social ideology of racial segregation. The Afrikaners’ story, that we were God’s elect who were given a new land, made sense to me for most of my childhood and as a result, I grew up in silent agreement with Apartheid. But over time I began to see that my world was not as it seemed. Think of movies like The Matrix where Morpheus tells Neo, “You don’t know what it is, but it’s there, like a splinter in your mind, driving you mad”, or The Truman Show where things were falling from the sky and he was getting one explanation but he knew that couldn’t be right. Eventually what I had been taught didn’t make sense, and this set me on a lifelong journey.

KW: What were some of the instances that led you to begin to question the social construct and theology you had been taught in apartheid South Africa?

WdK: It’s really been a process but the Soweto uprisings in 1976 and the death of activist Steve Biko in 1977 were some of the earliest images and instances that began to cause me to question what was going on. There was also a brutal attack on a black man in front of our house and I remember our family was specifically intimidated by the police because we had planned to make a case and draw attention to what had gone on. Later, while I was attending university and still very much of a right-wing thinker, I heard Bishop Desmond Tutu speak, and he really pulled the rug out from under my feet. As a student in the United States, while I was taking “care” of a little black boy who suffered the consequences of his mother’s addictions while she was pregnant with him, I realized that my country had also been on some kind of drug when it was pregnant with me – and my generation. I reflect on this in the book when I say: I was so locked up in my own mind of racial prejudice that I could not even compete with the stuffed toy animal. I knew then that I was a prisoner in my own mind. To be free, I needed to get the splinter out of my mind” (p.26).

KW: How would you describe the generative theology that you write about in the book?

WdK: I’ve been greatly influenced by people who are able to keep things in tension, something that’s important in life but is difficult to do. I came to see that there is a developmental aspect to doing theology, to being a follower of Jesus, where at some points in your life and faith development you just can’t see or understand certain things even as you truly desire to follow Jesus. The reality is we can get stuck and become stagnant. That is the opposite to being generative.

Theology that is generative employs and generates generosity in the on-going integration of questions, traditions, beliefs and actions in a bid to avoid the entrapment caused by dogmatism, traditionalism, pragmatism and faddism. These “-isms” are evidences of stagnation; they appear when we are more interested in giving answers than listening to the questions of our time. Theology that is generative will therefore employ and generate generosity in believers as we attempt to make sense of life.

As adults we should be willing to live and extend ourselves for the sake of the next generation—to make a way for them. We don’t want to just find the answers for now, but to hold the answers we find lightly as we discern the trajectory of God’s story, so that the next generation can work with them without feeling that they are being strangled by our answers.

KW: Can you talk about the role of creating space?

WdK: Making space is really important to the idea of generative theology. When you are generative, you’re creating room for others to be human.

I believe this is the first act of creativity— to make space for life. When I look at the creation story, I see the first safe, generative place, that we have a description of. In fact, we find Adam and Eve as adults, so they were supposed to be generative, making room for those to come after them. And God places them in a space that is their own, but also with the possibility of an intimate relationship with him. He created a space for them to live outside of him, but by him and for relationship with him.

If that kind of space is not there, there can be no oxygen in the room or a place for conversation.

In that space he asks Adam and Eve to take care of the garden, so there is a need for formation in this space, where we help each other to grow up and be all that we can be.

Lastly, in that narrative, God promises to renew what has been broken—to regenerate it. In the book I say: “It is not only true that our lives are being regenerated as a result of what happened at Easter; it is also true that our lives are becoming vehicles of Easter—lives that resist entropy and stagnation” (p.75). That is also what it means to make space for life, and I think all of that leads to a generative and generous world.

KW: What is your vision of the Openseminary and how has it been shaped by the experiences you shared above?

WdK: The Openseminary, in partnership with higher education providers, such as Eastern University in Philadelphia, employs a generative theological methodology that I designed 15 years ago in South Africa. The approach delivers graduate theological education through the six purposeful actions, practices, of the Christian church: Doing Theology in Context, Community, Worship, Proclamation, Service and Formation. These purposeful actions become the windows through which biblical, historical, theological and ministry disciplines are considered. Theological knowledge is acquired just as one would acquire language as a child. We work individually and in small learning communities to answer those questions in practical ways that can be applied in ministry contexts. Even though those answers may be the best answers for now we anticipate that in time they too will create opportunities for new questions to emerge, and so theology continues.

I believe that every time we find answers to questions in our context, it helps the immediate need, but it also opens the future to the next generation as they wrestle with their decisions. Therefore, the process moves us from generation to generation and we don’t feel like we have to live with the answers of the past. Karl Barth described this process as a theologia viatorum, a theology of pilgrims.

KW: What are some of the most important aspects of your experience and this theology that American Christians need to hear? Global Christians?

WdK: I think the West works with propositions and we are preoccupied with answers—we think that we need answers without fully understanding the questions. We need to rediscover the importance of questions of ultimate concern and be willing to listen carefully to the questions coming from others in our context. I agree with Jean Vanier, we need to honor what we don’t know. This is a real challenge in a world that thrives on certainty, even unreasonable certainty. For Christians however, truth cannot be divorce from love, because we are in an unfolding story of God’s great love. Jesus’ way is the way of love and Jesus truth is a truth of love. I agree with NT Wright when he says that what Jesus was to the Jews, the church needs to be to the world, today.

This has not always been my view of God. The god of Apartheid, the god of my childhood was an unpleasant, bloodthirsty, despot over nations, whose actions seemed capricious and his attitudes towards sin petty. But as my mind changed about God, I have discovered that God is a happy God who makes space for life. As my mind changed about God, I have discovered God’s generosity as he invites us to enter the dance of the Trinity. Those who join God in his story are infused with his passion to create space for life, to destroy stagnation and to liberate those who are entrapped.

This becomes a new Pentecost in a way. Not one where we speak in tongues necessarily, but one where the love that is poured out in our hearts by the Spirit washes away racial divides, brings justice into the corners of the world where it otherwise would not have gone if it wasn’t for individuals who followed Jesus there, create space for life there, and become generative in those places.

KW: As you stand alongside others who are undergoing deprivation or experiencing injustice today, what are some of the ways you maintain hope and faith?

WdK: God is a dynamic being who is on a mission in this world and Theology that has God as its subject could therefore not be a static, academic exercise. Theology is a verb, not a noun. It is a story that we are in. I am filled with hope when I hear stories of people who have joined God in what he is doing. People who can tell of how justice arrived in the dark corners of the world, how they followed Jesus there to create space for life. Yes, the story of Nelson Mandela and FW de Klerk inspires me, but more so, the story of people who in their weakness found their calling, found the small thing they could do with great love, to quote Mother Teresa. Every one of these stories thickens the story in which we live, that build a Theology that transforms lives and communities. That gives me hope and strengthens my faith.

Read more: A Theology of Creativity

No spam, notifications only about new products, updates.
PrevPreviousLost in the Clouds
NextC. Christopher Smith on the Slow Church MovementNext
On Key